Rameshreddy
1
0
0
Here is the list of the 5 best Telugu movies on Amazon prime. These movies are not only critically acclaimed but also broke several records at the Box Office.
Total
1
Shares
1
0
0

Vakeel sab is the latest and Trending film in telugu industry.
This film is a Perfect comeback for PSPK. Vakeel sab is the Telugu version of Pink that was launched back in 2016. The film is now streaming on Amazon prime.

Jathi Ratnalu is one of the most hilarious movie you can watch in 2021.

Shaadi Mubarak is a romantic entertainer movie directed by Padmasri. The movie casts RK Naidu Sagar and Drishya Raghunat are in the lead roles. The Music composed by Sunil Kashyap while the film is produced by Dil Raju under Sri Venkateswara Creations banner.

Shaadi Mubarak is another most popular Telugu movie that is trending right now on Amazon. The film was rated 7.1/10 which is really good for a movie in this genre.

Middle Class Melodies is a romantic entertainer movie directed by Vinod Anantoju. The movie stars Anand Deverakonda and Varsha Bollamma are in the main lead roles. The soundtrack composed by Sweekar Agasthi. The film was produced by Anand Prasad.

Middle class melodies is one the hit digital films in telugu on Amazon prime.

Suriya played lead male role in Aakaasam Nee HaddhuRa, produced by Suriya under his banner ‘2D Productions’. The female lead is played by Aparna Balamurali. The music of the movie will be scored by GV Prakash while, cinematography by Niketh Bommireddy and editing by Satish Surya.

Aakaasam Nee Haddura is very inspirational and one of the finest movie to watch till date. The movie was released through Amazon Prime Video (OTT Platform) on 11 November 2020. If you haven’t watched yet, you are missing one of the best film.

PUBG mobile return in India: All the timelines 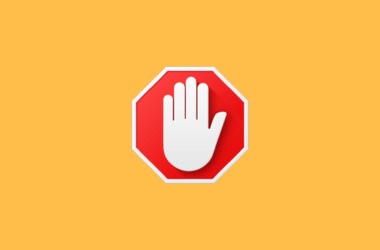 Ad blockers will remove ads from your view, improve your browsing experience, and substantially reduce your data usage on mobile. Here is the kist of 5 Best Ad Blockers For Google Chrome If you travel frequently or want to visit India. Then there are the 12 must-have Travel apps for your smartphone that will make your travel easier and more enjoyable. These apps make it easy to plan your trip, find the best places, destinations, and hotels, save money, learn about the history of locations in India, speak with locals, and find free wifi hotspots, among other things. Here is a list of the best news apps in India. We have listed different news apps for a different set of people.