If you are in the hunt for the best microphones under 1000 rupees, this article is one of the best sources of information available to you. It takes a look at the top 5 microphones in India as of 2021, and each is placed in context so that you can make an informed decision.

How to choose best microphone

Choosing a microphone becomes really easy when you know what exactly you are looking for. In the below I have listed out a simple guide on How to choose best microphones for your need, which makes you realize lot of things you should consider before buying a microphone.

On the other hand, condenser microphones are more sensitive to smaller vibrations than dynamic mics. These Microphones generally found using by creators to record podcasts,vocals, strings, acoustic guitar, woodwinds, and other sources with high detail output and requires an external power source, typically 48V phantom power. These days, most mixing decks and studios will be able to provide a phantom power source.

Frequency range in a Microphone determines which kind of sound microphone can reproduce, In general, bass accounts for frequencies between 20 and 300 Hz , mid is 300 Hz to 4 kHz, and treble counts as anything above 4 kHz. For example: Popular Boya BYM1 can capture Frequency range 65HZ-18KHZ, Which means you can able to capture bass, mid and trebles.

Choosing a microphone under 1000 means you are not going to setup a studio level audio, instead you simply plug-in Microphone into other devices and record. To be able to connect to different devices, the device you are connecting should be compatible with the microphone and vice versa.

Wirless microphones cost a lot compared to wired earphones because of the benifits it offers. You can get rid of cables, move without worrying about length of the wireless and more. Most of the Microphones under 1000 doesn’t comes with wireless compatibility. You have to spend more inorder to get one.

So these are the things you should keep in mind before buying any Microphone. I also have listed out some of the best Microphones under 1000 rupees, if you are considering to buy one.

5 Best Microphones Under 1000 in India

Boya BYM1 Omnidirectional Lavalier Condenser is the most popular microphone that every popular site recommends to their visitors, including ours. It is the best-selling budget microphone in India.

Boya BYM1 Omnidirectional Lavalier is a Condenser mic that can be powered using an LR44 battery. You can connect it to smartphones, tablets, and DSLR cameras. It has a 20ft (6 meters) thin plastic cable, rubber top, and power source.

Talking about the quality of the Microphone, It has full 360-degree coverage and blocks most of the background noise. The frequency range is about 65HZ-18KHZ which is fine for picking most of the sounds.

You can use this mic for any device that has 3.5mm jack support. You switch between devices using the button on the capsule.

Overall Boya BYM1 Omnidirectional Lavalier Condenser is a good quality mix under 1000 rupees in India you can buy right now.

JBL Commercial CSLM20 is another popular microphone under 1000 rupees that competes against Boya mic. They both price equally and almost performs equally. Boya M1 captures slightly more depth compared to JBL in some cases, but they both perform the same in the big picture.

Which one should you buy? Choose a mic based on the lowest price possible. Both the Microphone generally found between the prices 699 – 1099 rupees. Compare the pricing and choose the lowest pricing option. I would personally recommend bota because of its slightly more depth. 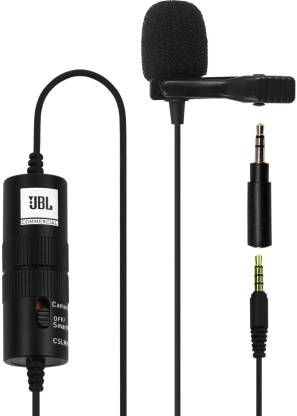 The reviews on Amazon also suggest the same but the only issue a lot of users complained is bad Microphone sound quality when connected to mobile. However some users able to overcome this issue with little settings. 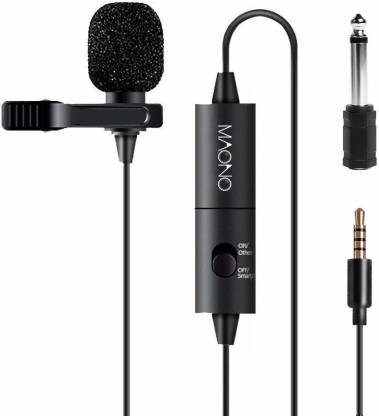 Maono AU-400 Lavalier Microphone is an even more affordable microphone for people who just record their voice instead of musical sounds. The microphone quality is really good for the price. It picks up voice very clean. The noise cancellation is good but doesn’t expect it to be great considering its price.

Overall, if you are looking to buy a budget microphone for recording just your voice you can get this one. 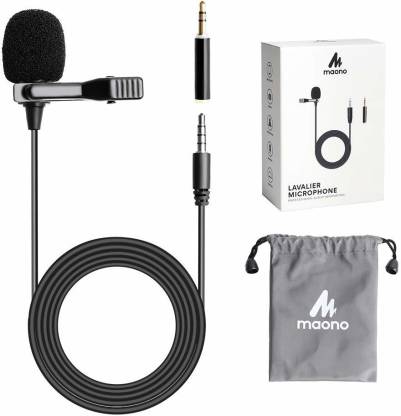 Best Microphone under 500 rupees in India How to choose the best smartwatch in India 2021 (Updated!)

If you’ve been thinking about getting a smartwatch, it can be difficult to choose one. There…
Total
1
Share
1
0
0
0