Indian Government just announced the ban of 117 apps in India over security allegations for stealing and surreptitiously transmitting users’ data in an unauthorized manner to servers that have locations outside India. The government announced in a press release Today.

Here is the list of 118 apps banned in India

Back in June 29 Government of India bans 59 apps . Now the list adds up to 177 that includes PUBG and TikTok.

Press release by the Government of India

The Ministry of Electronics and Information Technology has received many complaints from various sources including several reports about misuse of some mobile apps available on Android and iOS platforms for stealing and surreptitiously transmitting users’ data in an unauthorized manner to servers which have locations outside India. The compilation of these data, its mining and profiling by elements hostile to national security and defence of India, which ultimately impinges upon the sovereignty and integrity of India, is a matter of very deep and immediate concern which requires emergency measures.

The Indian Cyber Crime Coordination Centre, Ministry of Home Affairs has also sent an exhaustive recommendation for blocking these malicious apps Likewise, there have been similar bipartisan concerns, flagged by various public representatives, both outside and inside the Parliament of India. There has been a strong chorus in the public space to take strict action against Apps that harm India’s sovereignty as well as the privacy of our citizens.

On the basis of these and upon receiving of recent credible inputs that information posted, permissions sought, functionality embedded as well as data harvesting practices of above stated Apps raise serious concerns that these Apps collect and share data in surreptitious manner and compromise personal data and information of users that can have a severe threat to security of the State.

In the interest of sovereignty and integrity of India. defence of India and
security of the State. And using the sovereign powers, the Government of India has decided to block the usage of certain Apps, used in both mobile and non-mobile Internet enabled devices. These apps are listed in the attached appendix.

This move will safeguard the interests of crores of Indian mobile and internet users. This decision is a targeted move to ensure safety, security and sovereignty of Indian cyberspace.

The most powerful, versatile, and colorful iPad Air ever is ready to order today, with availability beginning Friday,… 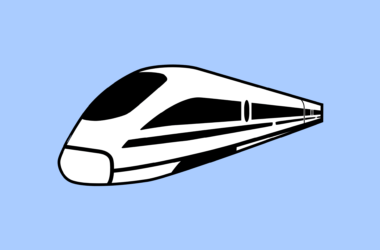 How to Create Custom Stickers on WhatsApp Web and Desktop in 2022 (Updated!)

Here is How to Create Custom Stickers on WhatsApp Web and Desktop. WhatsApp has started out a new tool for desktop and WhatsApp web versions that lets anyone crate custom Whatsapp stickers.