The game is really fun to play. Simple you can be Goat and explore the open world and destroy everything. Intensionally the developer has included some serious bugs which makes it even more interesting to play.

Overall if you are looking for the best goat simulator games for Android, Goat simulator official is the best game for you. The game is available on Google Play Store for free. The size of this game is about 500 MB and works on almost all modern smartphones.

Simple to put in one sentence you can be a goat in space and do all the weird stuff you can. You can fly and shoot stuff, destroy everything, have endless open maps, visit other planets, and many more.

The Goat simulator waste of space is a paid game. Sometimes the game is available for free to download. Almost all modern devices support this game and its size varies depending upon the device.

Goat Simulator 3d is a simple and traditional simulator game. You can choose between two modes. destruction mode and open world mode. In Goat Game, the “Destruction” mode has hard levels where you have to do different tasks and finish them in a certain amount of time. While the open world is more complete and has ongoing challenges with Pig Simulator and Sheep Simulator, which will keep you interested and motivated to finish the Goat Game. The size of the game is about 88 MB if it is available for all Android smartphones for free.

If you are looking for a different kind of goat simulator game were living as a goat is not your primary want, Tiny Goat games are the best option for you. In the game, You can click to make tiny goats and a lot of milk packages. It’s easy to play, all you have to do is tap and have fun. Tiny goat clicker is different from other idle games because all you have to do is tap to become the next world tycoon. Sell milk and play simple tapping games to make money and have fun.

Finally, Goat evolution is the best pick if you are looking for a more fun goat game. In the game, you need to combine two goats and discover new goats.

So, overall those are the list of best Goat simulator games for Android. Hope you find this tutorial useful. If you have any suggestions you can suggest us at vinron.in/suggestions. For more best Games you can click the links below.

Here is the list of the 5 best Telugu movies on Amazon prime. These movies are not only critically acclaimed but also broke several records at the Box Office.

Here are the top math apps that will help you solve your math problems. We picked 5 different apps for different needs. 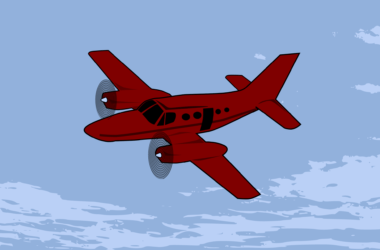