Micromax in Note 1 review : Big leap but not to the mark

Rameshreddy
1
0
0
Micromax in Note 1 review, Specifications in India. Comparison and specifications with other smartphones in India.
Total
1
Shares
1
0
0

Micromax is back to the Indian Smartphone market with its new budget smartphones called Micromax in Note 1 and Micromax in 1b. I really don’t know whether Micromax actually planned to get back into the market in 2020 or the clash between India and China which raised anti-Chinese sentiment made Micromax to took advantage. But anyhow here are my thoughts on the new Micromax in Note 1.

Specifications of Micromax in Note 1

Specifications and pricing of this new smartphone seems to be promising.

Micromax new in note 1 is built around 6.67-inch huge display,  full HD+ screen resolution with center punch hole camera on the front. On the rear, it has a square bump camera module with a polycarbonate body with an X design. It feels solid and really big in hands while holding. It’s a big smartphone.

It also comes with a dedicated Google announces Google T.V, helps you easily browse and discover what to watch

Micromax in Note has a big 5000 Mah battery that lasts a full day long. The screen on time is about 7 – 8 hours which is expected considering the size of the smartphone. In the box, Micromax provides an 18-watt charge which isn’t a fast number considering the other Chinese smartphones in the market but you can toss it up and pick it up in the morning.

The Camera : The rest

Talking about the camera, it ok. Keep in mind that I am not telling it’s poor it’s fair. And most of the issues with the camera can be solved with an OTA update but don’t ask me when. Like other smartphone brands, Micromax also follows the number game. It has four cameras on the rear – 48MP rear camera with Samsung GM1 sensor, 0.8μm pixel size, f/1.79 aperture, LED flash, 5MP 115° ultra-wide-angle lens with f/2.2 aperture, 2MP macro lens and 2MP depth sensor with f/2.4 aperture and 16MP front camera with OV16A1Q sensor with f/2.0 aperture.

The main sensor is really good, especially in good light it performs great and in low light, it struggles a bit. And I don’t want to talk about the other three cameras – They don’t even deserve to talk.

Taking about the video quality – its terrible . You can record videos up to 1080 p and no 4k recording which is fair for its price.

It comes with a 16 mp front camera which is good in Good light and fair in low light. Video quality on the front camera is good but don’t expect anything more. Overall the cameras are a bit on the low side which is expected because every small company struggles when it comes to camera performance.

Micromax has done another great job in software experience. It comes with pure stock android with little changes. No bloatware no extra apps overall smooth but not as good as OnePlus oxygen OS or something. It’s pure and It’s Good.

Micromax vs The rest

Yes, but let me tell you something. When you recommend something for someone we compare it with another offering on the market. That’s where Micromax falls behind when we compare it with other Chinese smartphones in that price segment. Look I am not telling it’s a terrible pick, I am just saying when I did compare with others it falls behind. You can pick this smartphone if you wanted to but keep in mind that you can get better.

How to Schedule a meeting in Microsoft Teams

Here is the list of Top best audio editing apps for Android. Getting good audio is not easy as it sounds. We have to edit and tune it in order to make it perfect for listening 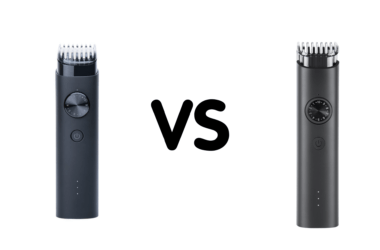 Here is the full comparision between Mi trimmer and Mi Trimmer 1C , Which one you should you buy in India right now